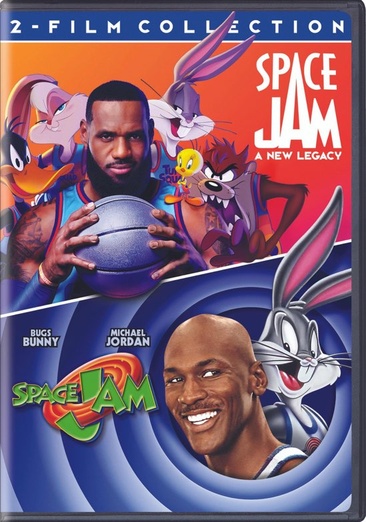 Bugs Bunny has gotten himself and his Looney Tunes cohorts into a jam by facing off against the Nerdlucks, a grouchy gang of tiny space creatures who land on Earth. The Nerdlucks, dispatched by their boss, the ruthless, belligerent Swackhammer, intend to kidnap and export Looney Tunes to Moron Mountain, Swackerhammer's failing theme park on the Nerdluck's boring planet. Bugs has challenged the small weak aliens to a fateful basketball tournament: if the Looney Tunes win, they'll remain on Earth, but if the aliens win, Bugs and company are headed into the hands of Swackhammer. Basketball's most spectacular star, Michael Jordan, has retired from the sport and begun to play baseball with limited success. But after the Looney Tunes capture Jordan from a golf course, transport him to Looney Tunes Land and explain, in true Looney Tunes style, their predicament, he agrees to join their team. Of course, what else can he do? They won't let him go home.

Welcome to the Jam! Basketball champion and global icon LeBron James goes on an epic adventure alongside timeless Tune Bugs Bunny with the animated/live-action event "Space Jam: A New Legacy," from director Malcolm D. Lee and an innovative filmmaking team including Ryan Coogler and Maverick Carter. This transformational journey is a manic mashup of two worlds that reveals just how far some parents will go to connect with their kids. When LeBron and his young son Dom are trapped in a digital space by a rogue A.I., LeBron must get them home safe by leading Bugs, Lola Bunny and the whole gang of notoriously undisciplined Looney Tunes to victory over the A.I.'s digitized champions on the court: a powered-up roster of professional basketball stars as you've never seen them before. It's Tunes versus Goons in the highest-stakes challenge of his life, that will redefine LeBron's bond with his son and shine a light on the power of being yourself. The ready-for-action Tunes destroy convention, supercharge their unique talents and surprise even "King" James by playing the game their own way.